Houston is one of the very best cities to live and work in. That’s mostly because of the excellent living conditions and the work environment. Economically speaking, Texas is one of the states that have avoided a downward spiral in its economy. The economy there has been steadily growing for the last couple of years all because of the business environment the local government has put in place. Because of these favorable conditions for doing business, more and more businesses are moving to Texas. This means that there is also an equivalent influx of people from outside, settling in the cities of Texas to benefit from the development. It’s estimated that about 275 people move to Texas every day from other surrounding states. That makes it the state with the second highest amount of people moving there making it only second to Florida. It’s due to this that we decided to do an article on the cost of living in Houston.

Between 2009 and 2013, The US Census Bureau found the homeownership rate in Houston to be at about 45.4 in the period between 2013 and 2017. This is of course below the Texas average which is settled at 63.3%. However, due to the growing economy and an influx of people, the demand for housing has gone up significantly. That, of course, makes housing pricier. The prices here, of course, dependent on the location of the house and the size. A one bedroom home averages at about $180,000 while a 3 bedroom unit would go for about $380,000. If you aren’t interested in buying a home, you’ll be renting. For those who don’t mind renting, a studio apartment will average about $1,020 per month. For a one bedroom one, $1.026 is the average while two and three bedroom apartments will cost about $1,369 and $1,804 respectively.

Once you have a place to call home, you will also have to cover for utilities. That includes electricity, heating, garbage, and water. According to numbeo.com, you can expect to pay about $157.07 per month which is about 16 cents less than the national average. If you need internet, you will add an extra $44.09 for some high-speed internet which is about 8% less than the national average for the same. If you don’t have a reliable internet service provider, Digital Exits will help you make an informed choice according to how much you need.

Recreation is an integral part of social life in Houston. As such, a night out will not break your bank. At a mid-range restaurant, the cost of a 3-course meal for two in Houston costs an average of $50. This is cheaper than Los Angeles, Chicago and New York which cost an average of $55.50, $65 and $75 for the same. Those who prefer to do their cooking can expect to spend about $3,022 annually according to MIT’s Living Wage Calculator. However, according to Numbeo.com, the minimum daily amount per person is about $10.73 which translates to about $332.63 per month.

All in all, living in Houston is not as expensive as other cities in America, but it’s also a bit expensive than others. However, it’s a decent city to live and work in. Job opportunities and opportunity for business to grow is also high which a big plus is.

How To Set Up Your Own Transportation Company 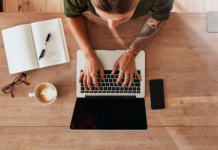 How Partnering with an IT Firm Can Improve Your Business Efficiency

Anurag Choudhari - December 15, 2020
If you’re trying to start your own email campaign, it doesn’t hurt to look at how the top companies are doing it

How can live webinars support your business?

ABOUT US
PcDrome.com is your guide in latest tech news. Learn how to make use of softwares, mobile apps and gadgets around you and discover cool stuff on the Internet.
FOLLOW US
© 2008-2017 PcDrome.com | Some Rights Reserved.